Sights and ideas for your own excursion on Fuerteventura

- Taxis: usually available at the quay

- Rental car: Cicar, at the airport

- Rental car: Goldcar, at the airport

- Rental car: Budget, at the airport

- Rental car: Sixt, at the airport

- Rental car: Hertz, at the airport

- Banks and ATMs: Sparsely distributed in the city centre 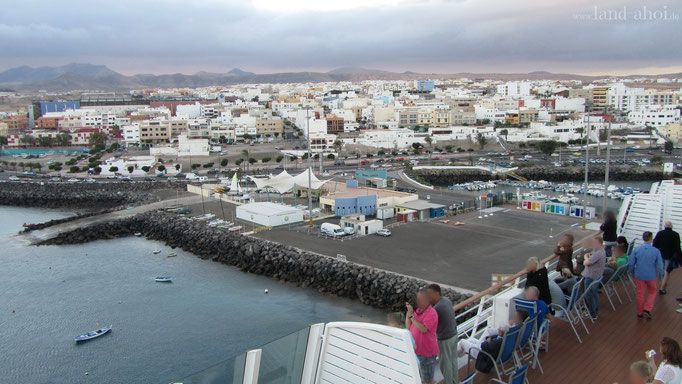 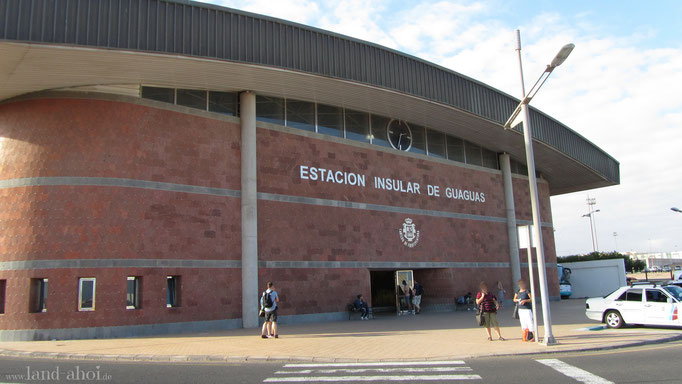 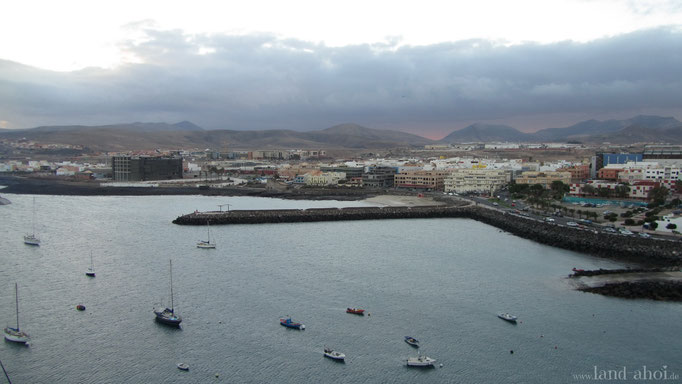 On Fuerteventura the cruise ships moor at the island capital Puerto del Rosario. The small port city provides the berth Muelle de Cruceros for this purpose. An outpost of the tourist information is located directly at the jetty and is open for a few hours after the arrival of a ship. There you can get helpful information, maps and brochures.

After the arrival of a cruise ship, there are usually plenty of Taxis waiting at the pier. In addition to transfers, these often offer island tours at fixed prices. One-way trips cost at least 3.05 euros, plus the kilometers driven for 0.53 euros each. During the night, between 22:00-06:00, there is a surcharge. The white vehicles are marked on the front doors with colored stripes that indicate the area of responsibility. Thus, although it is allowed to take the passengers to all destinations of Fuerteventura, it is not allowed to start a trip in a foreign district. For example, cabs from Puerto del Rosario have light green stripes, from Corralejo dark red, from Gran Taraja blue and from Jandía orange.

Fuerteventura has a well-developed bus network, on which the buses of the operator Tiadhe are on the road. In order to use these, it is best to go to the central and covered bus station Estación Insular de Guaguas in Puerto del Rosario. It is about 1.3 kilometers from the berths and is located on the street Av. Diego Miller. It takes 20-25 minutes to get there by foot. By cab, it is only a short ride of about 5 minutes. The bus fare varies depending on the distance traveled and is paid in cash to the driver. There is no standing room! The bus drivers only take as many people as there are free seats.

In the nearby center of Puerto del Rosario, especially in the pedestrian zone of Calle Primero del Mayo, you will find restaurants, bars and only a few stores. For shopping, it is more worthwhile to go to the large and modern shopping center Las Rotondas on the street C/ Francisco Pi y Arsuaga 2. From Monday to Saturday, the stores of many well-known brands are open there from 10:00-22:00. Sundays and holidays are closed. It takes a relaxed 10 to 15 minutes each way to walk to the shopping mall, 800 meters away.

A rental car for Fuerteventura is the best way to explore the island. At the berth are usually some car rental companies ready to offer the remaining vehicles. However, the offer is usually quite manageable, and the available vehicles are quickly out of stock. Therefore, it makes sense to reserve the desired car in advance and from home. In many cases it is then also possible to receive the car at the port.

Quite close to the berth there is a small town beach. Playa Chica, located on the Carretera los Pozos road, has light-colored fine sand, showers and restrooms. A few restaurants and bars are located right on the road. From the port exit, the beach section can be reached after about 300 meters.

A larger beach is located further south, between Puerto del Rosario and the airport. The beige sand of Playa Blanca is already easily visible from the cruise ship, quite fine grained and sporadically with larger stones. In addition, a wide strip of dunes separates the parallel road from the beach. Lifeguards monitor the area from June to October. There is no beach restaurant here, but a barrier-free access via long wooden walkways, showers and toilets. The distance from the pier to Playa Blanca is about 2.7 kilometers, which should take 35 to 40 minutes on foot, depending on the direction. By cab or rental car the whole thing is a bit faster with about 10 minutes.

In the north of Fuerteventura is the Parque Natural de Corralejo, which is also called El Jable. This is a desert landscape on an area of about 26 square kilometers, which was proclaimed a nature park in 1982 and additionally a bird sanctuary in 1990. A coastal road runs north-south through the area, providing access to the beaches and the Riu hotels, which were built before 1982. The extensive dune landscape is in constant motion due to the sometimes strong trade winds. The sandy areas may only be walked on, driving on them is strictly prohibited.

On the coast of the nature reserve are the charming Dune Beaches Playas de Corralejo, which are among the most beautiful beaches of Fuerteventura. The coastline, with fine, white sand, is completely natural, runs mostly flatly into the sea and gastronomic facilities are available exclusively at the Riu hotels. There are also bus stops on the main road of line 6, which shuttles between Puerto del Rosario and Corralejo every 30 minutes (hourly at lunchtime). For the about 25 kilometers long distance you can plan about 30 minutes travel time. Please note that the bus drivers only take as many people as there are seats available. Most of the time the buses in the direction of Puerto Del Rosario are already well occupied at the RIU hotels. If you want to be on the safe side on the way back, you should drive from the hotels to Corralejo to the terminal stop in the small harbor. From there back to Puerto Del Rosario.

The former fishing village of Corralejo borders to the north on the desert landscape of the Parque Natural de Corralejo. The village has developed over the years into a popular vacation destination and is now considered the second largest vacation resort in Fuerteventura. The historic town center is crisscrossed by narrow streets and on the small, fine sandy beaches you will find numerous bars and restaurants. Well recognizable is the small offshore island Isla de Lobos, to which there is a ferry connection from the nearby port. There is also a covered bus station, which is used among other things by the buses of line 6 as a terminal stop. A tourist information booth can also be found there.

Excursion offers with "Punctual return to the ship guarantee" from

The island Isla de Lobos, located in front of Corralejo, is uninhabited, designated as a nature reserve and invites to relaxed hikes. At the pier there is an information point where you can learn interesting facts about the history of the island and the animal and plant species. Explanations are available in German and there are also toilets on site. The few seats in the restaurant located to the east are usually rarely free. Therefore, it is advisable to reserve a table directly after arrival. Since the whole island is under nature protection, it is strictly forbidden to move off the given paths. There is a ferry connection from Corralejo to Isla de Lobos. The crossing takes about 15 minutes and costs 7.50 euros for 4 to 11-year-olds. The double price you pay from the 12th year of life for the round trip. In addition, relaxed boat trips with swimming, snorkeling and fishing opportunities can also be booked.

In the south of Fuerteventura you can find a large and beautifully designed zoo with botanical garden. The Oasis Park Fuerteventura is home to over 3000 different animals from over 250 species. In addition to various animal shows, visitors can also enjoy three restaurants, browse the gift store and ride camels. Children's playgrounds are also available. To ensure visitors don't have to walk long distances, a free shuttle bus shuttles between the botanical gardens and the zoo every 10 minutes. Another free service is the park operator's blue transfer buses. In the early morning, this "Free Bus" departs from the largest tourist centers on the island towards Oasis Park and returns in the late afternoon. The zoo is about 60 kilometers away from the moorings. With a rental car, you can plan on 50 to 60 minutes of travel time in each direction. Public buses of lines 1, 6 and 10 also stop nearby. The entire area of Oasis Park Fuerteventura is barrier-free accessible and open daily from 09:00-18:00. From the age of 12, regular admission costs 33 euros per person. Children from 4 to 11 years are charged 19.50 euros.

Through the tour and excursion providers GetYourGuide, Meine Landausflüge and Viator, you can book various excursions, activities, tours, tickets and entry passes on Fuerteventura, which are often offered at much lower prices than comparable excursions by the shipping companies. This way, if you book in time, you can realise a large number of excursions on your own.

A small pre-selection of excursion offers independent of shipping companies

for, in and around Puerto del Rosario,

we have put together here for you.

If you haven't booked a Canary Islands cruise yet, but would like to get to know Fuerteventura personally and go on excursions on your own, you will find great offers with the major cruise operators in the German-speaking region. Aida, Costa and Tui Cruises - Mein Schiff offer charming itineraries with their modern cruise ships, along with other interesting destinations. Book your next dream holiday directly with your favourite cruise line at fair conditions.

Any ocean and river cruises can also be booked conveniently and inexpensively online with the cruise specialist Kreuzfahrten-Zentrale Astoria. Thus, you have the choice from a multiplicity at daily updated offers of most diverse shipping companies. Among other things AIDA Cruises, Carnival, Celebrity Cruises, Costa Cruises, Cunard, Holland America Line, MSC Cruises, Norwegian Cruise Line, Royal Caribbean and TUI Cruises are present. Also attractive are the popular special offers, with which one can travel at a particularly low price and possibly also get a great bargain. 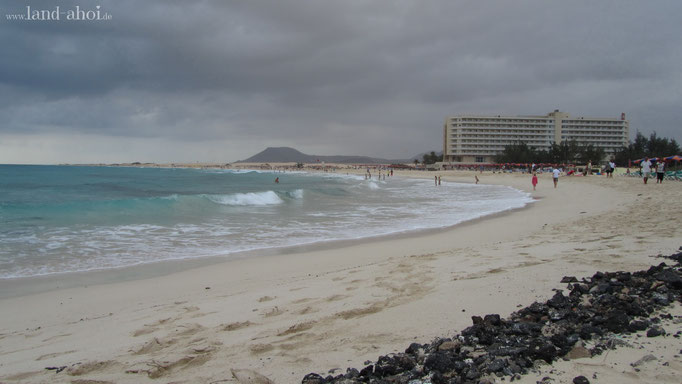 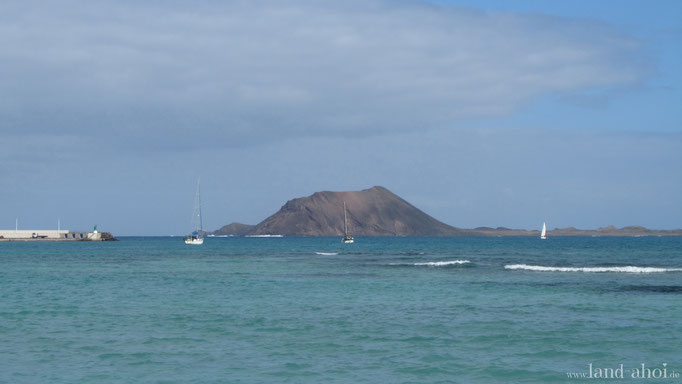 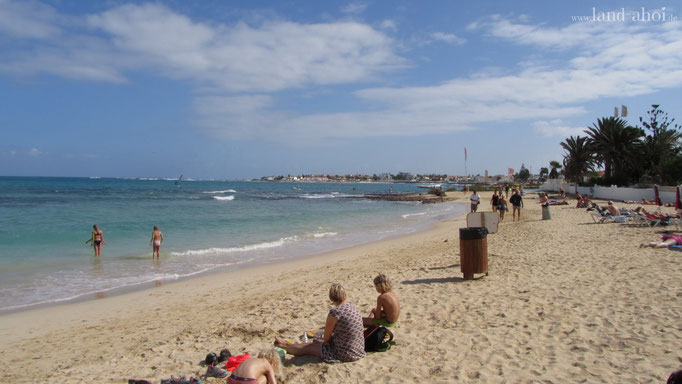