- Taxis: available at the berths

- Buses: Most lines stop at Plaza de Espana (west of the berths)

- Tourist Information: In Paseo de Canale-jas and in the respective cruise terminal.

- Banks and ATMs: spread throughout the old town 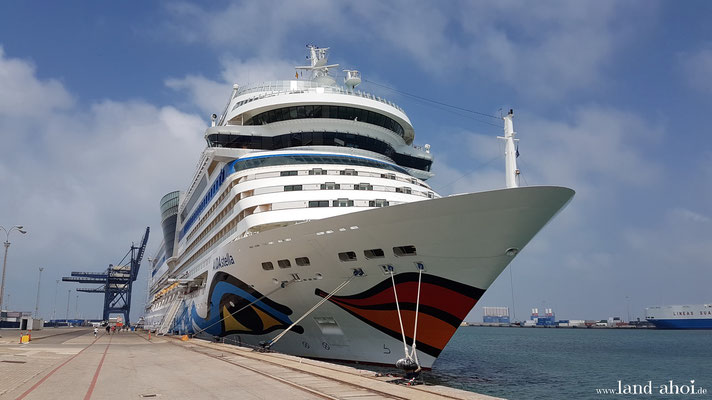 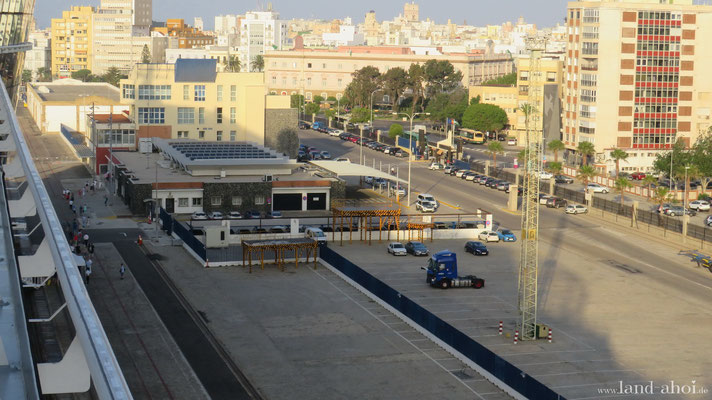 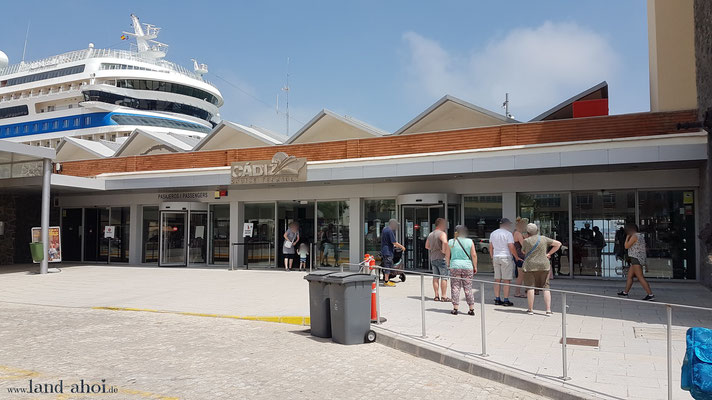 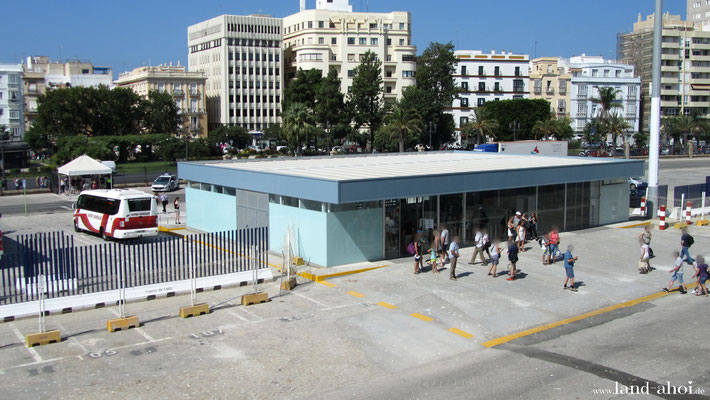 Cadiz was founded by the Phoenicians, and is one of the oldest cities in Europe. For cruise ships, the main moorings are at the Ciudad and Alfonso XIII garbage canals. Both berths are close to the city and each has a cruise terminal with tourist information, small shops and free Wifi. Directly at the harbour, behind the Muelle Ciudad, there is a small park. In the eye-catching round house, there is a tourist information centre where, among other things, free city maps are available. It is usually open after the arrival of a cruise ship.

- Shopping in the centre of Cádiz

The city centre of Cádiz is practically at the feet of the arriving cruise guests. From the berths, you can reach the old town in just a few minutes and find numerous shops, boutiques, restaurants and cafés. Authentic bars and restaurants can be found in fairly high density in the street Calle Virgen de la Palma. The main shopping streets include Calle Ancha, Calle Columela, Calle Compañía and Calle San Francisco. Smaller shops in the side streets still close now and then in the afternoon between 14:00 and 17:00. However, most shops, especially the big chains, are open continuously from 10:00-21:00.

City Sightseeing's famous red Hop On Hop Off buses stop near the berths. A complete round trip takes 60 minutes, includes 12 stops and runs mainly along the coastal roads. Buses run every 20 to 30 minutes and operate daily from 10:00-18:00. In the summer months, they also run until 21:00. The fare is 19 euros for people aged 17 and over, and 9 euros for children aged 7 to 16. This way, you can also reach the beaches and the distant shopping centre El Corte Ingles.

On some streets in the old town of Cádiz, coloured lines are applied for four different walks. They have different lengths, and lead past the most important sights. The starting point is always the tourist information (round building) at the harbour. You can follow the 1.8-kilometre green line 1 (Medieval area and the Puerta de Tierra), the 7-kilometre orange line 2 (Castles and fortresses), the 2.8-kilometre purple line 3 (The merchants of the colonies in America) and the 2.2-kilometre blue line 4 (Constitution of Cádiz).

In the northwest of Cádiz is the largest green space in the old town. This is the beautifully landscaped and well-maintained Parque Genovés. The first sparsely planted, park-like areas were laid out at the end of the 18th century and expanded several times over the course of time. Today, the park is home to numerous and diverse species of trees and plants, water features, statues, a children's playground and a café. Parque Genovés is open daily from 08:00 in the morning until sunset, and until 18:30 during the summer months. Admission is free of charge.

Cádiz has several charming stretches of beach. One of them is the city beach Playa de la Caleta, located to the west and about 450 metres long. It is less than 5 minutes from Parque Genovés, and the direct distance from the cruise ship berths is about 1.6 kilometres, which takes about 20 to 25 minutes each way on foot. The beach section is fine sandy, falls shallowly into the sea and has a few localities nearby. Both ends of the beach have fortifications, which were once used to defend the town. In the past, parts of Cádiz were transformed into a Cuban Havana. For example, the fortress to the south and Caleta Beach were among the locations for the James Bond film "Die Another Day", starring Pierce Brosnan and Halle Berry. 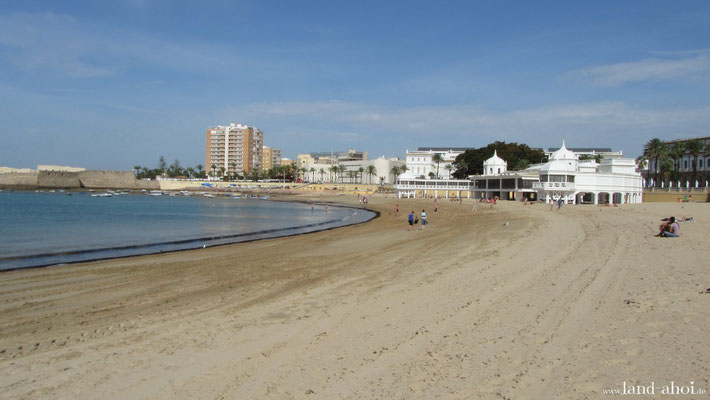 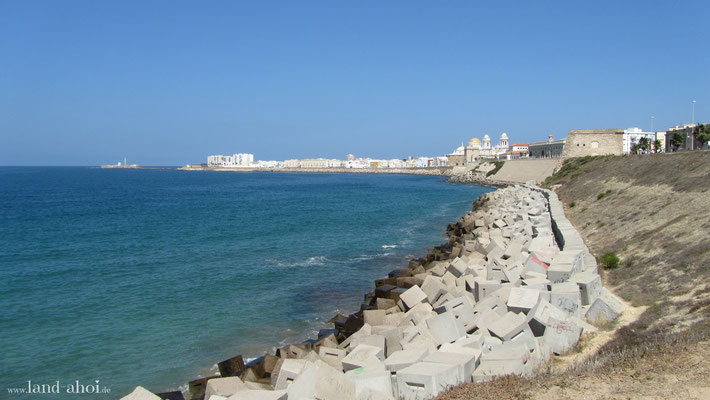 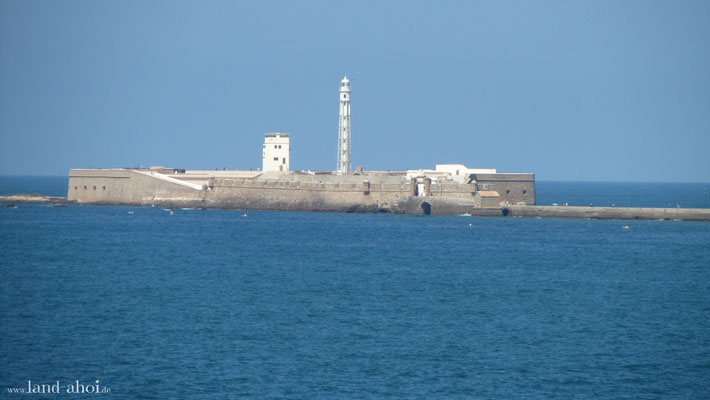 To the south of the beach is the fortified island of San Sebastian, with its highly visible lighthouse. This was built in 1908, reaches a height of 41 metres and is Spain's second purely electrically operated lighthouse. Construction on the small island itself began as early as 1457, with the erection of a chapel. It was only later, from 1706, that the mighty walls were added, and the islet was transformed into a fortress. Today, free access is via an artificial breakwater, and it is open daily from 09:00-21:00. From San Sebastián you have a great view of the city and the surrounding sea.

The 16th century Santa Catalina Castle borders on Caleta Beach to the north. Used mainly for military purposes in the past, it is now open to the public. Within its sturdy walls, there are workshops for handicrafts, a small museum and a fortress chapel with the image of Santa Catalina. In summer, a wide variety of events are held in the castle courtyard. The only access to the site is through a stone gate with an attached bridge in front. The area is open daily from 10:00-19:30 and during the summer months until 20:30. If no events are taking place, a visit is possible free of charge within the opening hours.

South of the moorings is another charming section of a beach. The shallow-sloping, fine-sand town beach Playa de Santa Maria del Mar, is a good 1.5 kilometres away and can be reached on foot in about 20 to 25 minutes. The water here is relatively calm, and the beach extends over a length of about 900 metres. Depending on the tide, the width varies between an estimated 15 to 30 metres. Showers and a small café can be found at the northern entrance and the southern part also offers a few restaurants along the coastal road. Dogs are not allowed on the beach. 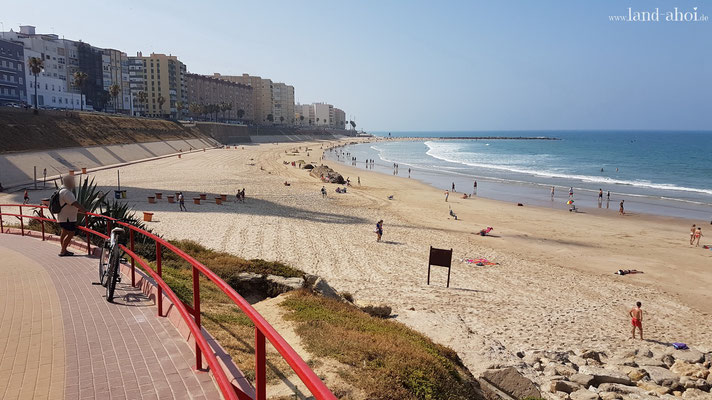 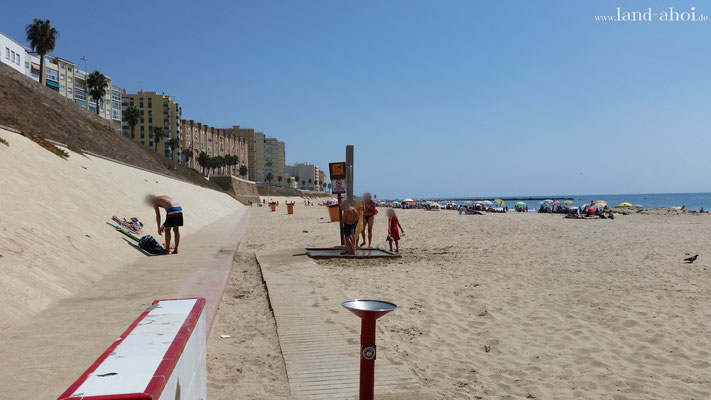 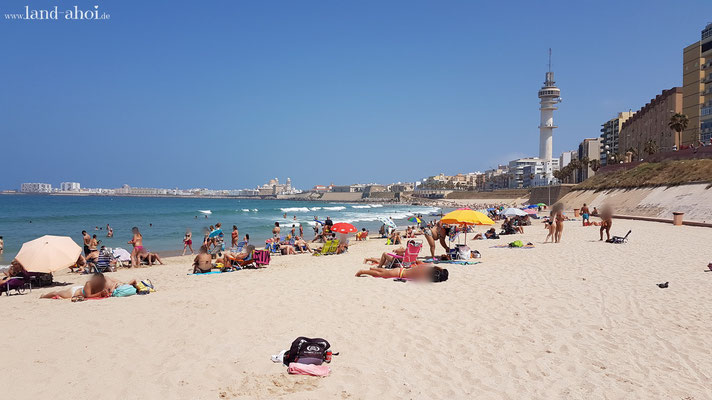 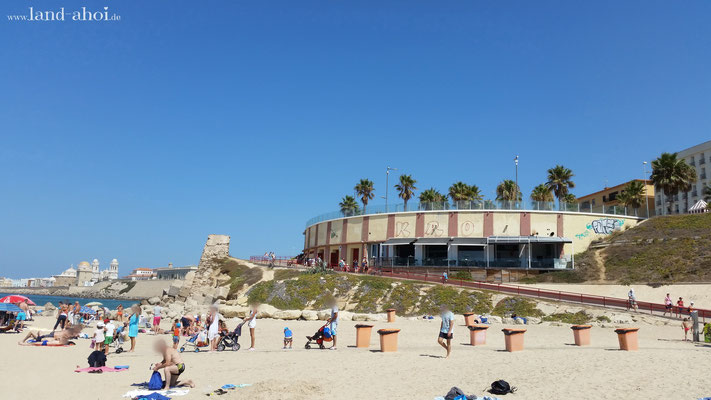 One of the city's most important towers was built on the highest point of Cádiz. The former watch tower Torre Tavira from the 18th century stands in the middle of the old town. It is 45 metres high and offers a small exhibition on the city's history as well as a perfect view of the city's rooftops. A camera obscura, a 360° pinhole camera with a mirror of two metres in diameter, has also been installed. This allows it to project a very detailed image of the city. When looking at it, one sometimes has the impression of being inside the camera itself. It is open daily from 10:00-18:00, and during the months of May to September it closes two hours later. The last presentation in the Camera Obscura starts 30 minutes before the tower closes. Access is only possible in the form of guided demonstrations, which are offered in various languages (including German), take about 20 minutes and cost 6 euros per person each. Due to the limited space available, there may well be waiting times.

When looking at the city, two towers and a gold-coloured dome roof stand out from afar. This is the Cathedral of Cadiz, in which several architectural styles were used and mixed together due to the enormously long construction period of 116 years. The west tower has been open to interested visitors since 2003 and offers a great 360° view of the roofs of Cadiz. The cathedral and the bell tower can be visited Monday to Saturday from 10:00-19:00 and on Sunday from 13:00-19:00. In summer it is also open until 21:00. The attached museum is open Monday to Saturday from 10:00-15:30. However, admission is subject to a charge of 6 euros per person. Students up to the age of 25 pay 4 euros each. The ticket purchased gives access to the cathedral, crypt, sacristy, west tower and the adjoining museum. From the berths of the cruise ships, it takes about 10 to 15 minutes to walk to the impressive church.

In the middle of the old town, in an old building of a former Franciscan monastery on the Plaza de Mina square, there is a museum on the history of the city. The Cádiz Museum (Museo de Cádiz) presents exhibits from the fields of archaeology and ethnography, as well as a comprehensive art gallery with works from the 16th to the 20th century. It is open Tuesday to Saturday from 09:00-21:00, and on Sunday and from June to September from 09:00-15:00. Mondays are closed. Residents of the European Union are admitted to the exhibition free of charge.

Excavations of the Roman theatre Teatro Romano began in 1990, after the ruins were discovered 10 years earlier during construction work. Located on Av. Campo del Sur, about a 10-minute walk from the pier, it dates back to the first century BC, has a diameter of 120 metres and used to seat 10,000 people. The entrance is somewhat hidden on the nearby street Calle Meson 11. In high season (April - September) it is open Monday to Saturday from 11:00-17:00. In low season (October - March) from Monday to Saturday from 10:00-16:30. Sundays are generally open from 10:00-14:00. The excavation site is closed on the first Monday of each month, as well as on 15 August and 1 November. Admission is free of charge. 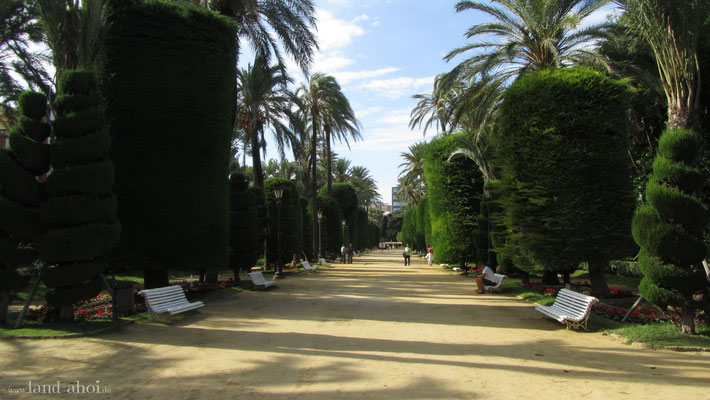 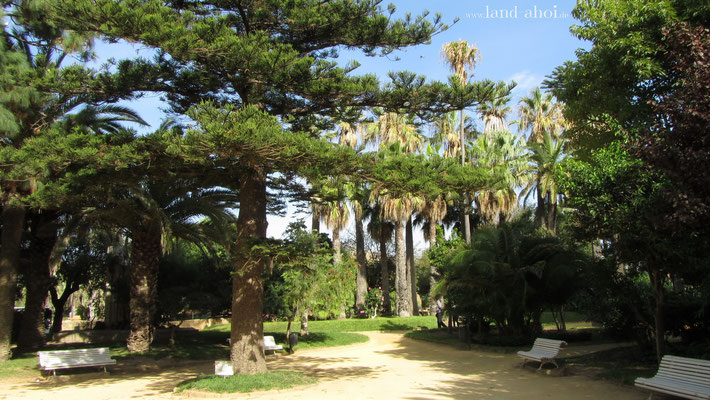 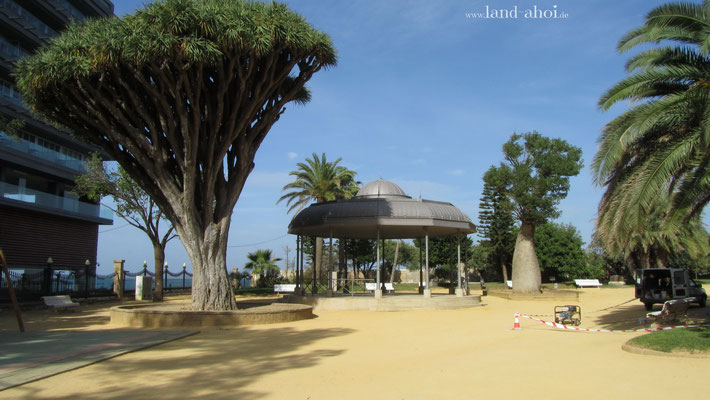 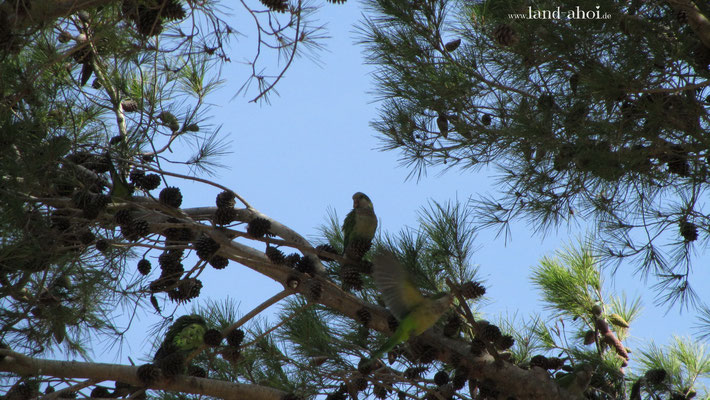 There is a food market in the southern part of the old town of Cádiz, in the Plaza de la Libertad. The Mercado Central Cádiz was first opened in 1838, and around 90 years later the hall in the middle was added during renovation work. Today, the numerous stands offer a wide variety of baked goods, fresh meat, fish, seafood, fruit and vegetables. The market is open Monday to Saturday from 09:00-15:00. Except on Mondays, gastronomic facilities open later at 18:00 (Saturday 19:00) until late at night. Sundays are closed.

- Excursion Portals and Excursion Providers
Via the tour and excursion providers GetYourGuide, Meine Landausflüge and Viator, you can book various excursions, activities, tours, tickets and entrance fees in Cádiz, which are often offered at much lower prices than comparable excursions by the shipping companies. Thus, if you book in good time, you can realize a large number of excursions on your own.

We have put together a small selection of independent excursion offers

for, in and around Cádiz for you here.

- Cruises and Special Offers
If you have not yet booked a cruise in Western Europe, but would like to get to know Cádiz in person and take excursions on your own, you will find great offers with the major cruise operators in the German-speaking region. Aida, Costa and Tui Cruises - Mein Schiff offer charming itineraries with their modern cruise ships, along with other interesting destinations. Book your next dream holiday directly with your favourite cruise line at fair conditions.

All ocean and river cruises can also be booked conveniently and inexpensively online with the cruise specialist Kreuzfahrten-Zentrale Astoria. You can choose from a wide range of daily offers from various shipping companies. These include AIDA Cruises, Carnival, Celebrity Cruises, Costa Cruises, Cunard, Holland America Line, MSC Cruises, Norwegian Cruise Line, Royal Caribbean and TUI Cruises. The popular special offers are also attractive, with which you can travel particularly cheaply and possibly also get a great bargain. 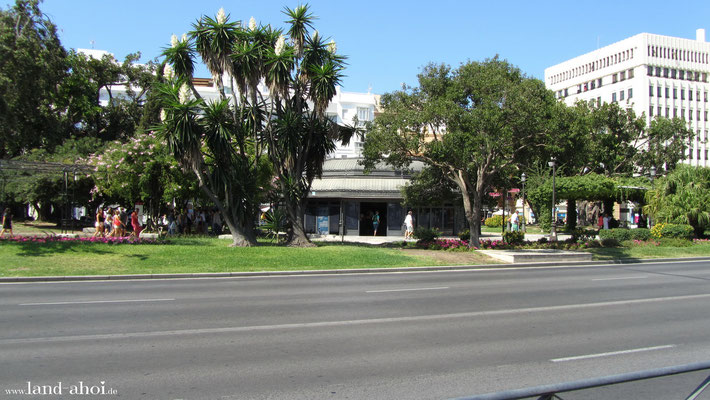 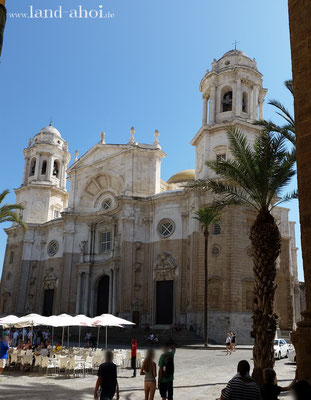 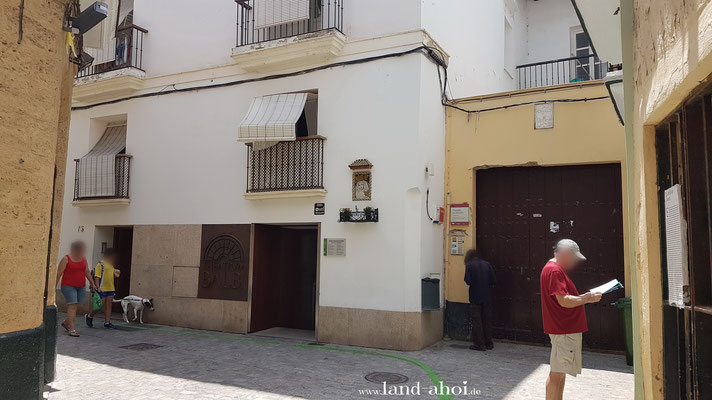 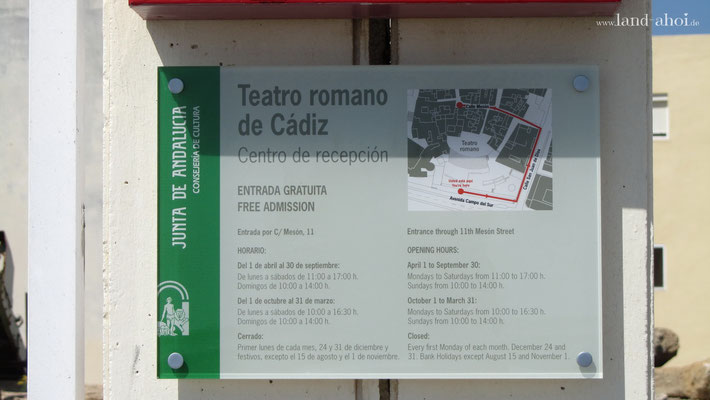 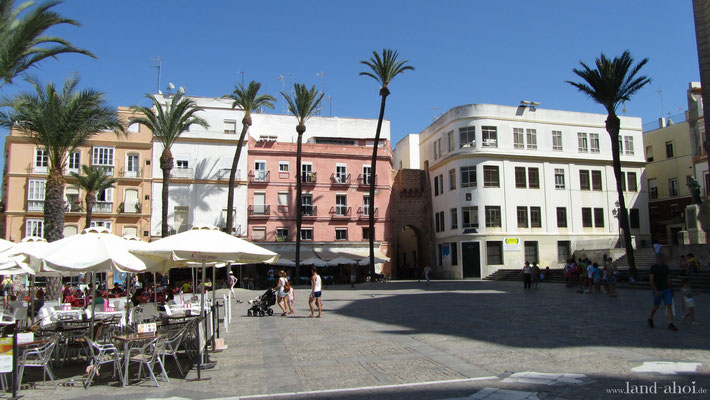 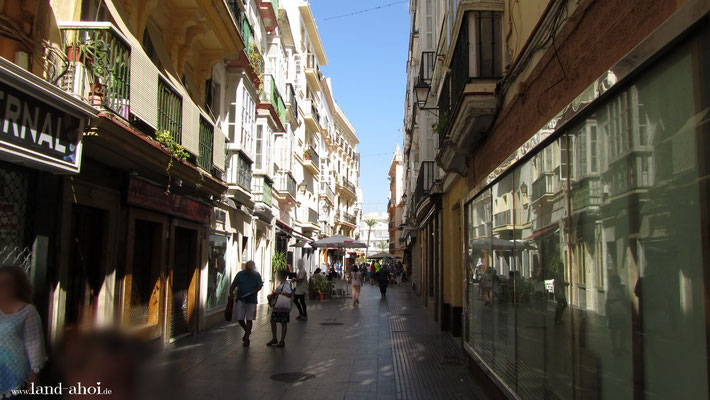 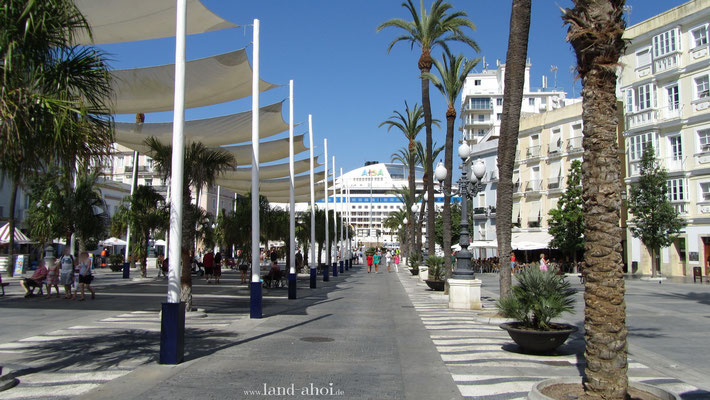 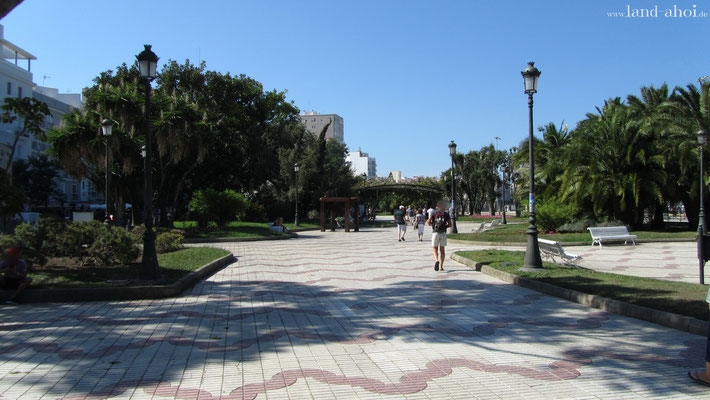 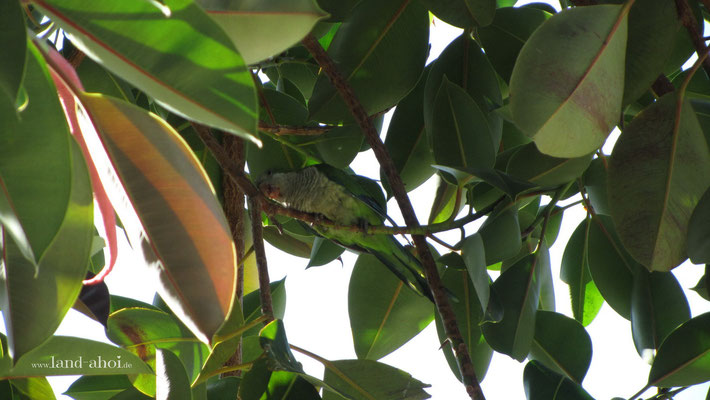